SOUTH AFRICA: The Ties that Bind Us

SOUTH AFRICA: The Ties that Bind Us

An exhibition on the African-Creole heritage of 'Coloured' South Africans and the shared ties that cut across all ethnic groups in South Africa.
This exhibition can be viewed at the Slave Lodge Museum - Iziko Museums, Adderley Street Cape Town, next door to Parliament. Each panel is 1,5m x 2m in size.

Pdf files of the exhibition are available for downloading on request at mellet@inyathelo.co.za 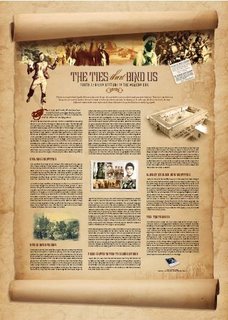 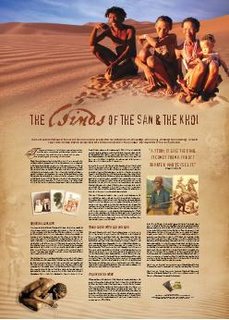 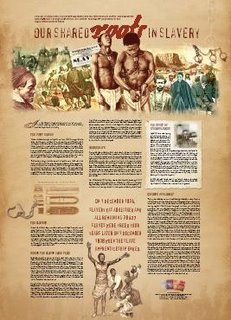 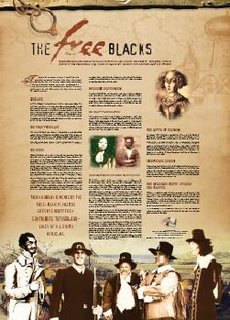 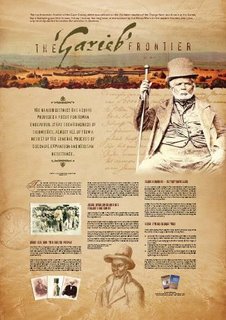 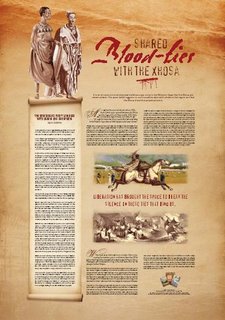 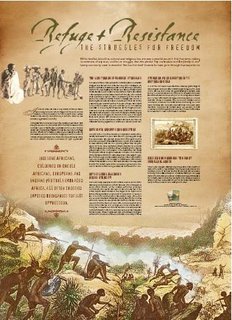 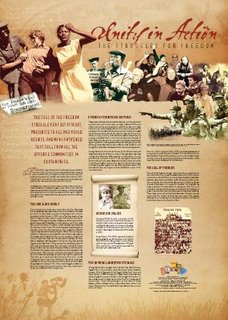 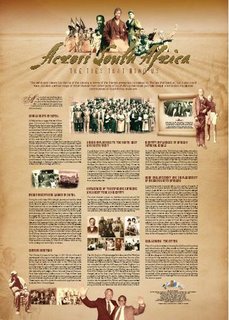 The Ties that Bind Us

An exhibition produced by Patric Tariq Mellet and Inyathelo - The South African Institute for Advancement for display by Iziko Museums in Cape Town, at the Slave Lodge and beyond. It consists of 9 panels:

Slavery in the late 1600s in the Cape 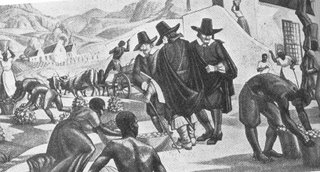 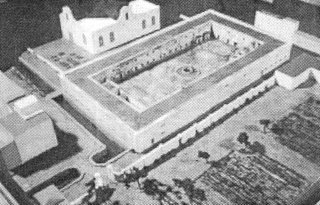 In 1658 a Slave Lodge was built next to the Dutch Fort in Cape Town and was named Corenhoop. It housed 98 slaves. Later this lodge was moved to be situated next to the VOC Plantation (the Company Gardens at the top of Adderley Street) and housed slaves until it became delapidated. It was rebuilt in 1669 but soon became too small for the VOC slave population. A fire, probably started by the slaves, raised the property in August 1679 and all the slaves from the lodge were moved into a new lodge which had been opened in July 1679 for the overflow slaves housed at the Castle of Good Hope. In 1713 this Slave Lodge was extended in length. In 1732 the building was again renovated. In 1751 it was again renovated and enlarged to house up to 1000 slaves. Only in 1803 were high up windows inserted on the exterior walls and ventilation openings on the interior walls around the courtyard.

The Slave Lodge housed men, women, children and infants, as well as the mentally insane of the Colony. During one period alone (1702 - 1713) in epidemics such as the time of smallpox, over 500 slaves died. The death rate at the Slave Lodge was 20 - 30%. The average population of the Slave Lodge was 476. The suicide rate was 15 - 20 per year. Over the entire period 4 213 slaves were born in the lodge alone. In 1807 there were 283 slaves remaining in the Slave Lodge and in 1811 all slaves were permanently moved out of the Slave Lodge which was then renovated and adapted as government offices and used as the first Parliament. Some of the slaves were offered to respected citizens and military officers and the remaining last slaves were moved to a rented building. In 1820 there were 135 remaining slaves who moved into a new lodge at the top of the Company Gardens (where UCT Orange Street Campus now stands) and in 1828. six years before the universal emancipation of slaves, these slaves were manumitted en bloc. 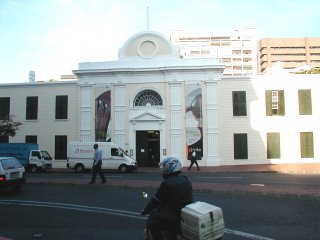 Today the Slave Lodge is part of Iziko Museums and serves as a museum on 'Slavery in the Cape'. It also serves as a one of a number of places of memory dotted across the Western Cape where we are able to visit and remember this part of our heritage.


For more information on the Slave Lodge Museum visit the following Website: www.iziko.org.za

The Slave Mutiny on the Meermin

The Meermin was a hoeker class ship of 450 tons, built in 1759 at the Amsterdam Yard for the Amsterdam Chamber of the Dutch East India Company, and used by the Cape authorities as a slaver ship. In1766, a slave mutiny occurred on the Meermin, under the command of Captain Gerrit Christoffel Muller, en route between Madagascar and Cape Town. Over 140 Madagascan slaves revolted against the Dutch East India company (VOC) crew manning the vessel and assumed control of the ship.

On the return trip to the Cape, Muller, who had become ill, had the slaves, many of whom were also ill, released from their shackles. Discipline amongst the crew had broken down with many of them carrying on long drinking sessions. Muller also allowed the slaves on deck for chores and to entertain the Meermin’s celebrating crew. Vigilance was further relaxed when the ship neared the Cape. Foolishly, the First Mate in charge, Crause, even had the slaves clean a range of weapons including a collection of exotic Malagasy weapons.

The slaves seized upon the opportunity, killing many of the crew before most a number of the crew and Captain barricaded themselves below deck or fled into the rigging. Those who had sought refuge amid the sails eventually came down, but were tossed overboard and killed.

With the slaves in control of the deck and the remaining crew marooned below, the situation was a stalemate. The outnumbered crew was sidelined, while the slaves who controlled the deck could not steer the ship. The stalemate continued for two days. The crew tried a number of unsuccessful maneuvers to regain control but later turned to negotiations through one of the female slaves assisting the Second Mate. Negotiations and mutual threats resulted in a deal that the unharmed crew would sail the ship but return the slaves to Madagascar. Seemingly, the crew complied but instead sailed for the Cape. In an attempt to outfox the slaves, the crew sailed one way during the day and another, at a much faster speed, during the night. On the fourth day, the Meermin neared Cape Agulhas. The Second Mate and negotiator, Olaf Leij who had some mastery of Malagasy languages, convinced the slaves that the landmark was part of Madagascar, and anchor was dropped.

To make contact with people on land, some 60 slaves piled aboard two of the ship’s sloops. They would signal those remaining aboard that all was well ashore by lighting three fires. The arrival of the ship and the unusual activity had been seen by Cape farmers who set up an ambush when they realized the shore party was black. Fourteen slaves were killed and the rest captured.

The slaves aboard the Meermin anxiously were waiting for the signals from shore, as was the outnumbered crew. The sailors wrote a few terse messages to the Dutch ashore, put them in bottles in the hope the tide would carry the flasks to their intended location. The messages were found and brought to the local Landdrost, the area’s chief magistrate, who caught the meaning and complied to light the fires, further confusing the slaves on board.

Although the boats did not return to the ship, the slaves themselves agreed that all was well. They cut anchor and assumed that the Meermin could drift towards the shore of what they thought was Madagascar. An advance party was captured by the men of the Landdrost, but that was observed by those aboard. They turned on the remaining crew, which had dreaded this possible turn of events. Those on shore could not assist the Dutch sailors.

In the midst of the fighting, the Meermin ran aground on a sandbank. Olaf Leij was able to convince the slaves that further fighting was futile and promised them safety if they laid down their weapons. They agreed and soon were clamped into irons again. The crew again raised the Dutch flag, signaling an end to the uprising.

The ship was stuck in the sand however. Dispatch boats from the shore managed to rescue all aboard, but the Meermin was lost. For days, the crew and others were able to bring stuff ashore, but the ship was more and more engulfed in the sand and eventually was covered after it was battered by the waves and began to break up.

The 112 remaining slaves eventually were taken to Cape Town to be auctioned. Captain Muller was tried for culpable negligence, found guilty, striped of rank and pay, and discharged from the Company's service. The narrative of the Meermin has been documented several times, with varying degrees of accuracy and completeness. The ship has sometimes been confused with a later vessel, also named the Meermin, which was in operation during the 1780s. For reliable information on this story this BLOG directs anyone that is interested in learning more about the Meermin saga to the following Meermin website http://www.meermin.org
Posted by ZINTO at 3:45 am No comments:

Who were the Slave Traders serving the Cape?

Commander Jan van Riebeeck first Dutch East india Company (DEIC) governor at the Cape of Good Hope started the practice of slavery at the Cape. His own household included slaves from Angola, Guinea, Abyssinia, Batavia, Madagascar and Bengal. The DEIC had a dedicated Slave Lodge for up to 1000 company slaves, alongside the main vegatable plantation (next to the modern day Parliament buildings).

A number of slaver ships operated out of Cape Town to bring in new slaves regularly. The names of these were the Amersvoort, Leidsman, Voorhout, Eemlandt, Brak, Jambij and Meermin. In addition to these, slaver ships of many nationalities anchored in the Cape with 'cargoes' destined for Europe and the Americas. Some from amongst this 'cargo' were sold in the Cape. Those in the forefront of the slave trade included the Portuguese, Dutch, Danes, Swedes, French, Spanish, Arabs and coastal African collaborators. Until their about-turn the British were also in the forefront and they were joined by Americans, Russians and others. As time went on it became quite a free-for-all and included pirates too.

Many tragic sinkings of slaver ships occurred along our coast. In 1794 the slaver ship San Jose was wrecked between Camps Bay and Oudekraal and 250 slaves were drowned. In a case similar to the famous Amistad mutiny by slaves, the Meermin was wrecked on the South Coast near Arniston in 1766. I will leave this story for another posting in the future.
Posted by ZINTO at 10:44 am 1 comment:

The photographs alongside the paintings and graphical images within this collage are all of people who were emancipated as slaves in 1834 in Cape Town. While emancipation occured on 1 December 1834, it only took effect from 1838 due to a legal clause bonding ex-slaves to 4 years of sevitude. Masters were also financially compensated while slaves were given no assistance to embrace their 'freedom'. By 1838 the last 38 427 slaves were freed. Since then descedants of slaves have celebrated 1 December as Emancipation Day.
Until that day, the only hope of freedom came from three practices - running away, revolt or manumission. Each is a story in itself and will be told in blogs. While 63 000 new slaves were brought to the Cape in small groups over a long period, it must be remembered that their many thousands of children, grand-children and great-grandchildren were all born into slavery and suffered the indignities of bondage, forced labour, punishment, and being bought and sold at the will of their masters.
Posted by ZINTO at 12:19 am No comments:

Zanzibar Connection to the Cape 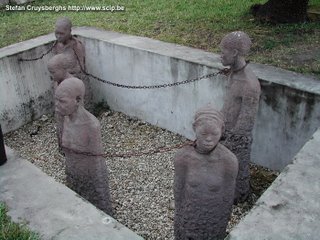 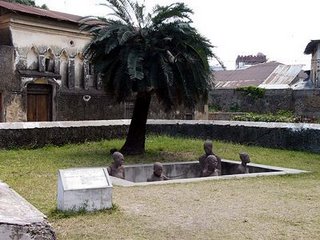 Memorial to slaves in Zanzibar. The memorial in Stone Town is a place of visitation for South Africans who wish to trace the steps of their ancestors. Many South African tourists visit Zanzibar without knowing this element of history that connects us. Cape Town is presently constructing a similar place of memorial to our slave forbears, on the corner of Buitengraght Street, bordered by Somerset Road and Waterkant Street (next to St Andrews Church).
Posted by ZINTO at 12:03 am No comments:

Subscribe Now: Slavery & Creolisation in the making of Cape Town 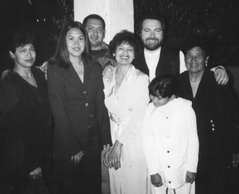